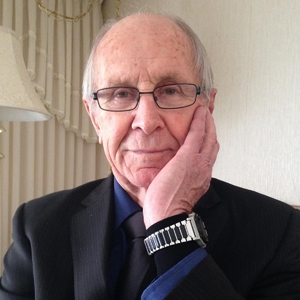 On January 11, John H. Neufeld, former President and Associate Professor of Practical Theology at CMBC (from 1984-1997), passed away after many years of battling a series of severe health crises. Being the last long-term president before CMU became a university, Neufeld's presence and passion was a formative force that helped prepare the way for furthering the quality of education in what is now the CMU community.

Neufeld was devoted to the inseparability of the church and the academy, a relationship that he considered essential to higher Christian education. Through his work serving in Mennonite settlements in Paraguay, Uruguay, and Brazil, as well as through his pastoring for 16 years at First Mennonite Church in Winnipeg, Neufeld immersed himself in the many experiences and stories that shaped the ordinary people who make up the Church. It was this emphasis on practical, hands-on ministry, that Neufeld would carry with him into the completion of his Doctor of Ministry degree in 1982 at Bethany Theological Seminary.

CMU Professor Emeritus Harry Huebner, who met Neufeld in the early 1970s at CMBC, remembers the overall feelings on campus when Neufeld was made president in 1984. Huebner recalls, "here was a minister who was to be president of an academic institution. Some were skeptical at first, but John was committed to this notion that CMBC could become the educational arm of the church. It was the task of the university, he said, to educate our people so that they become not only literate in the faith, but also practically literate. For John, practical theology was a rigorous discipline and one that he took very seriously."

Neufeld was a man of stories. Huebner shares that "John believed that it is the stories that we participate in, claim, and retell, that are crucial in shaping who we are. John never dwelt on tradition or history as having independent importance apart from the here and now. He would not draw us back into history for history's sake. He would draw us into the present or future using stories." For Neufeld, stories were not only relevant to the classroom, but to the life of the church. Hence, Neufeld was a preacher of stories.

Gerald Gerbrandt, CMU President and Professor Emeritus, who met regularly with Neufeld during his time as president and was in contact with him until his death, reflects on Neufeld's impact on this aspect of the university, stating that "when John left CMBC he had developed a homiletics/preaching course that impacted many, many students, and through them the larger church. He never shied away from difficult or controversial issues, and students were drawn to him because of his strong reputation." The importance of stories for Neufeld is reflected in his book, which was published on the occasion of his retirement in 1997, entitled The Stories that Shape Us.

Having dealt with numerous health concerns in the years leading to his death, Neufeld began writing about his experience with ageing and suffering and how it related to the Christian faith. As a result, he was invited to present to various communities and congregations on the topic, developing presentations that were given the name "Say Yes to the Calendar: Ageing and Mortality." Andrew Dyck, Assistant Professor of Christian Spirituality and Pastoral Ministry, having inherited much of the groundwork Neufeld had begun, asked him multiple times to present about aging and suffering in his graduate-level pastoral care classes.

Dyck remembers Neufeld being "measured, even slow, in the pace of his speaking, but his insights were personal, tempered by the wisdom of his peers, and tremendously helpful to my ministry students." Dyck recounts John's poignant words, spoken with a piercing look that gripped the students' attention: "One of the tasks of being an elderly person, is to dig through the compost dump of your life and to sift through all of your various memories—the people you met, the places you have been—and to organize them in such a way that you can hold on to what was most meaningful."

Neufeld is remembered by CMU to be a forthright leader, a forerunner of Christian higher education, a passionate preacher, and a critical storyteller who refused to simplify complicated truths. His work was to mediate between preaching and teaching, the work of the church and that of the university, to do justice to the difficult task of being a Christian in the contemporary world. His legacy lives on through the countless students and loved ones that he impacted and through the timeless stories that he told.