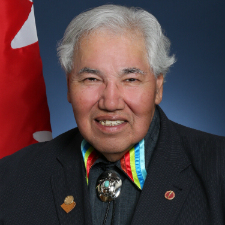 Sinclair will give the lecture, titled "The TRC, Calls to Action and the Mountain Before Us: Stories of Hope and Challenge," in Marpeck Commons (2299 Grant Ave.) on Monday, March 5 at 7:00 PM. Admission is free. All are welcome to attend.

During his talk, Sinclair will share stories and insights from Canadian communities, churches, and educational institutions responding to the Truth and Reconciliation Commission of Canada's (TRC) 94 Calls to Action.

These calls to action aim to advance the process of reconciliation between Indigenous and non-Indigenous Canadians.

Sinclair served as chief commissioner of the TRC.

"CMU is honoured to host Senator Sinclair for this special lecture," says Dr. Wendy Kroeker, Instructor in Peace and Conflict Transformation Studies, who is organizing the event. "Senator Sinclair has a strong, clear voice for truth-telling and for finding ways forward."

Kroeker's work at CMU includes co-directing the Canadian School of Peacebuilding (CSOP), a learning community of diverse peacebuilders who come together every June to learn, network, and engage in peacebuilding.

"This year marks the 10th anniversary of CSOP, and we want to acknowledge this by engaging in vital peace and reconciliation issues," Kroeker says. "The university is seeking out authentic ways to live out the TRC's calls to action."

Prior to his appointment to the senate in April 2016, Sinclair served the justice system in Manitoba for more than 25 years. He was the first Aboriginal judge appointed in Manitoba and Canada's second.

As head of the TRC, he participated in hundreds of hearings across Canada. He also oversaw a multi-million-dollar fundraising program to support various TRC events and activities, and to allow survivors to travel to attend TRC events. 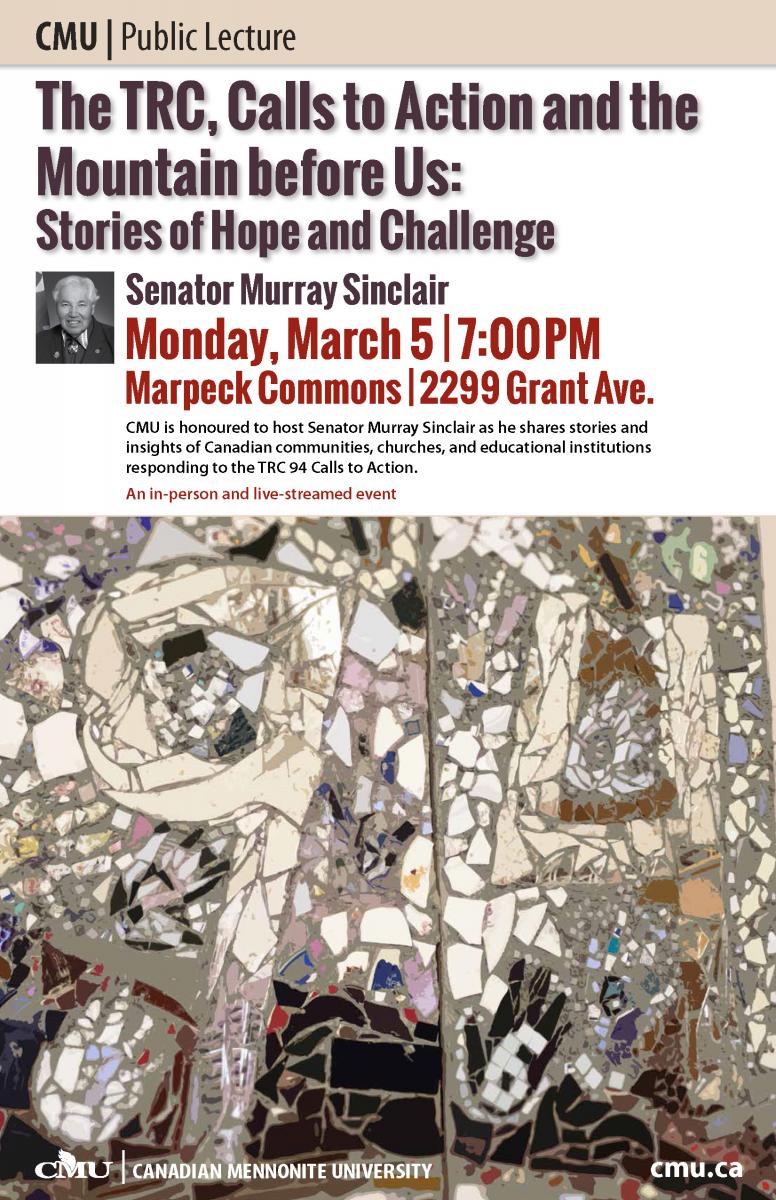 The TRC's work culminated in 2015 with the issuance of a final report.

"It's up to society to step up and take the actions that are needed," he added.

"Actions speak louder than words," he said. "The reality is that we're really looking for action that shows leadership, that causes people to sit up and take notice and recognize that there is an important process underway here that they have to be part of."

In addition to his work as a senator and with the TRC, Sinclair has served as an adjunct professor of law at his alma mater, the University of Manitoba.

He has also won numerous awards, including the National Aboriginal Achievement Award, the Manitoba Bar Association's Equality Award (2001) and its Distinguished Service Award (2016) and has received honorary doctorates from eight Canadian universities.

For those unable to attend Sinclair's lecture in person, CMU will livestream the event at media.cmu.ca/events/lectures#sms.

About CMU
A Christian university in the Anabaptist tradition, CMU's Shaftesbury campus offers undergraduate degrees in arts, business, humanities, music, sciences, and social sciences, as well as graduate degrees in theology, ministry, peacebuilding and collaborative development, and an MBA. CMU has over 1,600 students, including those enrolled in degree programs at its Shaftesbury Campus and Menno Simons College Campus.

For information about CMU, visit cmu.ca.