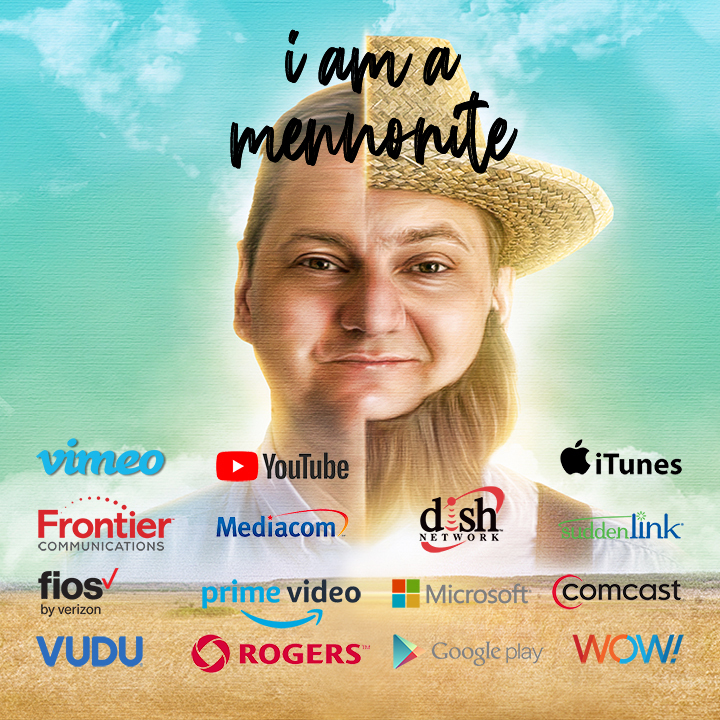 Within the first five minutes of Paul Plett's (CMU 2004-05) newest documentary, I Am A Mennonite, he askes his target audience of Mennonites, "Where are we going to spiritually?"

That may be a loaded question for a community whose history is steeped in schisms, immigration, and discernment. But, It's a question Plett says is not rhetorical. "We're not going anywhere else physically. As a community, it does sort of seem that the real adventure is the spiritual one." Plett says that since Mennonite's transient disposition seems to have receded, we need to journey deeper into self-reflection, exploring inward as our spirituality is the most important odyssey of all.

I Am A Mennonite is a hyper-focused case study of Plett's own family history and the larger Mennonite tale, chronicling the migration of Mennonites from Europe to Canada.

The autobiographical film begins in Landmark, MB. Plett talks with his father about their heritage and learns his family moved from Holland to Ukraine before settling in Manitoba. In what is almost a divine calling, Plett feels the need to retrace the path of his ancestors to get to the root of what it means to be a Mennonite. "By shedding some light on where we came from," says Plett in the film, "I'm hoping that I can learn a little bit more about where we are going to."

Throughout his travels, Plett takes long drives to desolate villages in rural Ukraine, visits antiquated schools, and gawks at the opulent historic homes of Mennonites in Amsterdam. He meets pastors, historians and makes friends that challenge him and further poke at the questions of Mennonite identity and spirituality.

Long before becoming a filmmaker and founder of Ode Productions, Plett attended CMU for a year in 2004-05. "For those of us who are Mennonite and living in Canada, [CMU] really does feel like the hub of the Mennonite world."

Paul Plett:...being a Mennonite is being "a part of a community that has been making intentional decisions about who they are and their place in the world..."

Plett says his stint at CMU opened his eyes to the diverse perspectives of Mennonites but was a place of connection that aimed to bridge those gaps.

After leaving CMU to attend Toronto Film School, Plett says he went through a personal faith journey that started to pull at the themes addressed in I Am A Mennonite. "The film is definitely me owning who I am," says Plett.

Though Plett has made a Mennonite history documentary, he doesn't call himself a historian. "I'm not interested in anecdotal history; I'm interested in history with a meaning." He says his primary role is as a storyteller.

Conrad Stoesz, archivist at the Mennonite Heritage Archives, says the dichotomy between storyteller and historian is far more opaque. "Sermons, books, stories at bedtime and around the table rely on words.  But our world has shifted to be a more visual place. Stories are now told with pictures and video. Our storytellers, like historians, need to adapt the way we tell stories to include more visuals. That is a significant value that filmmakers like Paul Plett bring to our communities," says Stoesz.

Stoesz says Mennonites, like any minority group, "are always adjusting to forces around us. This is not new, but we the community need to be able to adjust our own identities and not leave it to outsiders to create for us."

"Mennonites in Canada used their historic teaching on peace and nonviolence to continually shape an identity buffeted by the winds of assimilation," says Stoesz.

For Plett, he says that being a Mennonite is being "a part of a community that has been making intentional decisions about who they are and their place in the world. And I think about that legacy. In terms of shaping history and our understanding of history, with [I Am A Mennonite], I wanted to pick those threads that stretch back in time that are rich are colourful."

I Am A Mennonite is available to rent or own on any streaming platform with physical copies available on Amazon.