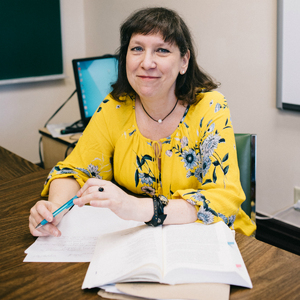 During this time of sheltering in place and homebound leisure activities, many of us are watching more films than usual. It's unfortunate that Netflix has such a stranglehold on today's film audience. A serious shortcoming is the almost complete absence of good movies more than a few years old. Netflix offers not a single film starring Katharine Hepburn or James Stewart; neither are there any films directed by Jane Campion or Billy Wilder.

None of my recommendations, below, are on that ubiquitous platform, but all can be inexpensively rented for a day on Google Play Movies. (If I can figure it out, anyone can.) One of these films (the wonderful Paterson) can be viewed at no cost on Kanopy, the excellent streaming service available with a Winnipeg Public Library card. (Other libraries may also subscribe to Kanopy.)

Everyone has their own needs, their own ways of engaging with film—to stimulate, to entertain, to soothe. My own feeling is that good films for this time persuade me to see matters in a new light and encourage humane, calm responses to uncertain situations.

Spotlight is perhaps the best of many fine heroic-journalist films (All the President's Men, Good Night and Good Luck, The Post). Although it did win the best picture Oscar for 2015, Spotlight slipped quickly out of the spotlight—perhaps because of its title, which communicates little about its newsroom context. Although the film has stars (Mark Ruffalo, Rachel McAdams, Michael Keaton), the actors put aside glamour or ego, instead serving the hard-working journalist characters. They are feature writers in the "spotlight" section of The Boston Globe, who launch an ambitious, meticulous investigation into cover-ups of sexual abuse in the Roman Catholic church. This is a sober, sturdy, regular-folks film that just happens to celebrate some of the smartest investigative reporting in the history of newspapers.

In many respects, Speed should not be memorable. It is firmly in the tradition of the weirdly entertaining disaster movies of the seventies (Earthquake, The Towering Inferno) in which a crowd behaves mostly badly when put to the test by a crisis that comes out of nowhere. Except for our hero...played in this case by the immensely likeable Keanu Reeves. (My son said recently that there must be no one who dislikes Keanu. He's Canadian and therefore modest and self-effacing, he's handsome, he's famously generous—and he does a lot of his own stunts.) Like the Die Hard franchise, Speed pits a quick-thinking cop against a sharp-witted villain; Speed, however, is less violent (the unusually low body count—for a movie of this sort—is, arguably, six). The insistent action is rooted in the everyday (an elevator, a bus, and a subway). There's a brave, cool female co-star (Sandra Bullock) and a nicely differentiated multi-ethnic cast of bus passengers. Speed has thrills, and few are computer-generated. The pleasures of this fast-paced movie are analog pleasures: leaping from a moving car onto a bus that can't slow down or a bomb will go off, using paper maps and directories as clues, talking on pay phones. (Action movies were better before the smartphone; now characters are too static, talking incessantly into their hands instead of to other people.) Like us, the bus passengers of Speed are confined inside a problem they can't fully understand—and they need to trust each other and behave decently.

The style of Paterson is at the opposite end of the cinematic spectrum from Speed. Jim Jarmusch's quiet, contemplative film is about a week in the life of a bus driver, Paterson, who also happens to be a poet. But equally it is about viewers slowing down to look with care at the world around us. Like Spotlight, this film seems to have missed its audience, but nearly everyone to whom I've recommended it has found it pleasurable and surprisingly fascinating. Paterson's visuals are handsome (cinematographer Frederick Elmes was also behind the camera for films like Blue Velvet and The Ice Storm). Even the light coming in the bus window, the steering wheel turning, the kids running through downtown Paterson, New Jersey—all these sights feel significant. Director Jarmusch finds patterns and rhythms in the dailiness of working-class life that gain in profundity and humour as the film progresses; when the tiny, ordinary moments of crisis occur, viewers will find their notions of suspense and meaning have altered. At the heart of the film is a nuanced, gently funny performance by Adam Driver as Paterson, who sees beauty in unlikely places and dares to be that unlikely thing: a good man.

It almost doesn't need to be said that a film which serves well in good times and bad is Casablanca. The cinematography is sharp, Ingrid Bergman is gorgeous, the minor characters are remarkable, and Humphrey Bogart's man of cynical integrity is a Hollywood legend. Since it is easy to sell someone on Casablanca, I recommend instead another Bogart film, Key Largo, made six years later and one of four films Bogart made with his wife, Lauren Bacall. The screen crackles with their mutual attraction. A film for our moment, Key Largo is set in a house full of people uncomfortably locked in together during a Florida storm. Some of them turn out to be gangsters, but the film's appeal is not only in John Huston's well-crafted atmosphere of vaguely understood menace but also in the precisely drawn lines of association and the strange loyalties among the characters.

The Ghost and Mrs. Muir (1947, directed by Joseph L. Mankiewicz)

My last film suggestion is an out-of-the-way favourite of mine that is hard to explain because The Ghost and Mrs. Muir barely manages not to be a maudlin, second-tier movie. Gene Tierney, playing the writer, mother, and widow Mrs. Muir, had tremendous beauty but lacked a great acting range. The set-up could easily have become corny or too sentimental (ghost of a crusty old sea captain offers his stories to the writer and they share a beloved house, while staying in their separate dimensions). The film works because of the lively, theatrical performance of Rex Harrison as the ghost, the charm of Mankiewicz's directorial eye, and the impossible and touching romance that both does and doesn't exist between the mortal woman and the ghostly captain. Romance is often misinterpreted and mishandled. Traditionally, the romance appeals because of what it offers and then withdraws from possibility, holding satisfaction or reward just out of reach. This bittersweet romance between the captain and the writer fills a need we often have for a sad story that's not tragic or heartbreaking but somehow, in its handsome "thwartedness", fitting and strangely lovely.