Faculty: In Their Own Words – Dr. Chris Huebner 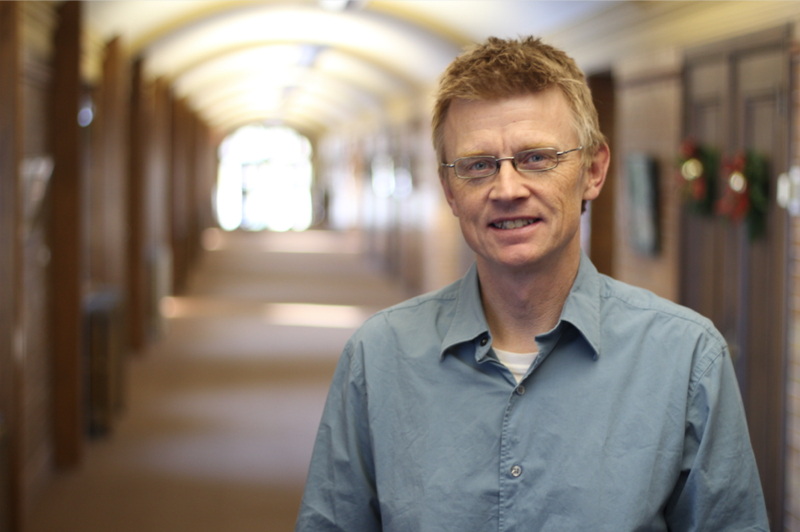 Dr. Chris Huebner, Associate Professor of Theology and Philosophy, has taught at CMU full-time since 2002.

What are you teaching right now that you're most excited about?

What are you researching and writing?

I'm almost finished writing a book that is an extended reading of an early Christian martyrdom legend—a story of a woman named Wisdom whose three daughters, Faith, Hope, and Charity, found themselves summoned by the Roman emperor Hadrian. They were all known for their intellectual gifts and capacities, which is unusual in the martyrdom genre. Long story short, they all end up beheaded after a series of graphic and allegorically-rich tortures. The book uses that story to reflect on two things: the connection between martyrdom and knowledge, and then how that also involves a conception of the theological virtues—faith, hope, and charity—as epistemological virtues.

What are you reading for enjoyment?

I recently read a great book on a strange relic (An Irreverent Curiosity: In Search of the Church's Strangest Relic in Italy's Oddest Town by David Farley), which a colleague suggested to me when I was talking about a trip I made to a church in Croatia that had a crypt full of relics of various sorts. Relics tie in nicely to the whole cultural tradition of martyrs and saints and so on, which I find fascinating. It's an irreverent, funny read that also has its serious moments.

Where or how do students give you hope?

What I find hopeful are the ways we professors somehow seem to inspire students to go off and do beautiful things we never could have predicted, whether that's academic work or various forms of social or creative work, or just having an imaginative approach to a relatively ordinary career path. There's no shortage of interesting and meaningful things that students find their ways into.

What do you most long for in your work?

More good students like the ones I just talked about. I long to be surrounded by students who care, who are engaged, who take themselves seriously, who work hard. It doesn't matter what they want to do with their studies or where they want to go with their lives, but I want them to be willing to spend three months with me thinking about something that we can explore and get into together. As far as teaching goes, what more could you ask for?

What saying or motto inspires you?

I've been thinking lately about something Ludwig Wittgenstein, an Austrian-British philosopher, said. He said something to the effect that if you and I are to lead religious lives, it mustn't be that we talk a lot about religion, but that we live a different way of life. In other words, religion doesn't consist of concepts and positions so much as it's a way of being in the world.